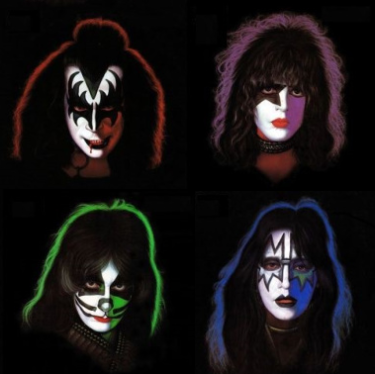 The painted images used for the Kiss solo albums, all released on 18 September 1978, were based on the cover of a 1977 Kiss world tour glossy. Only Ace Frehley’s image doesn’t match up. A minor detail has been added, can you spot it?  The final artwork was presented and manager Bill Aucoin said Gene needed some blood, so the artist Eraldo Carugati pulled out a brush and little paint kit and completed it on the spot.

Earlier in the year, the band released their first proper compilation album, Double Platinum. Amazingly, inside the gatefold were these images yet again, although much less effective.

While we’re on Kiss, Bob Gruen shot the cover to their third album Dressed To Kill on the southwest corner of 23rd Street and Eighth Avenue, New York City on October 26, 1974. The album was hastily recorded and released although contained their rock ‘n roll anthem Rock and Roll All Nite. Can you spot the missing S? 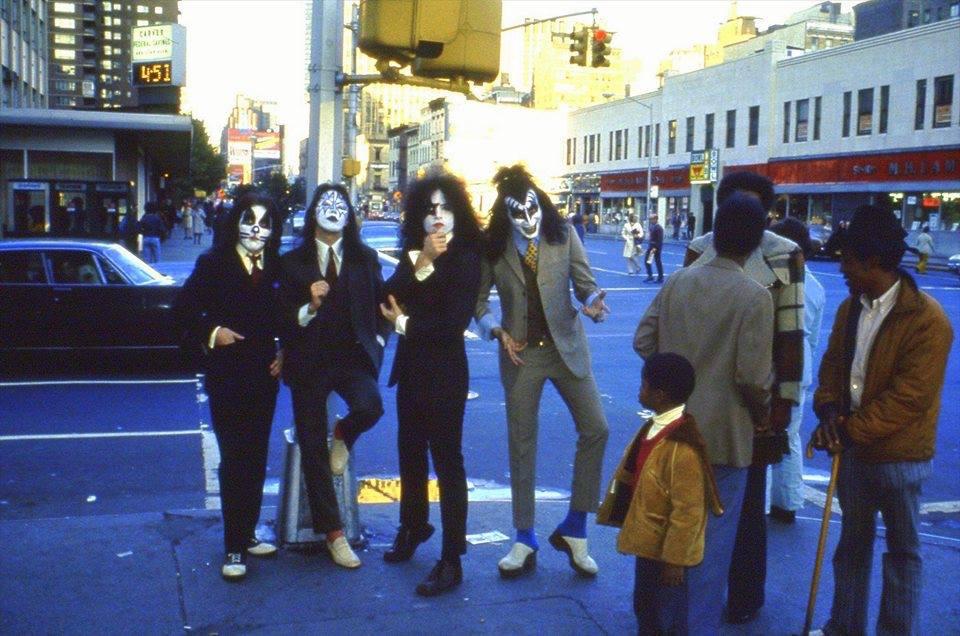 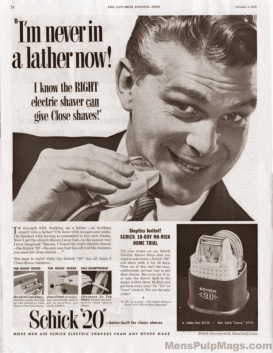 Zappa commissioned Neon Park to paint the cover of his new album after seeing an advertisement in a men’s pulp magazine. The title came from a cover story ‘Weasels Ripped My Flesh’ about the adventure of a guy, naked to the waist, in the water swarming with weasels, climbing on him and biting him. So Frank said, “This is it. What can you do that’s worse than this?“ 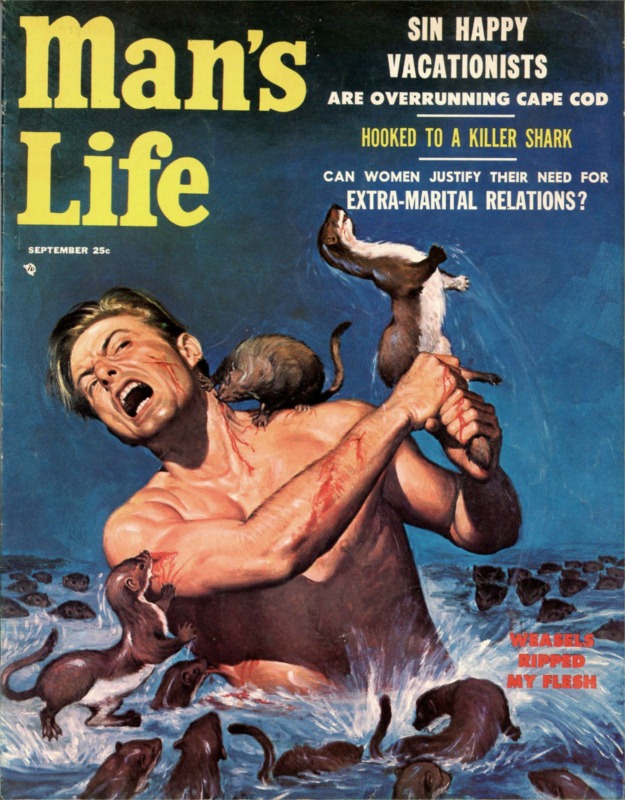 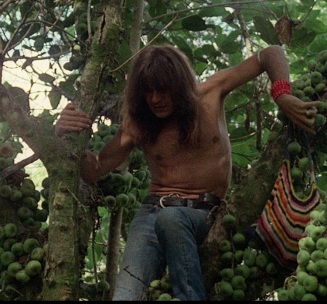 Rather unfathomably, the album cover for Pink Floyd’s Obscured by Clouds is a blurred image of a man in a tree, a screen shot from the French film La Vallée, by Barbet Schroeder. Designed by Storm Thorgerson and Aubrey Powell of Hipgnosis, the photograph has been taken out of focus to the point of complete distortion for reasons that aren’t clear. Interestingly Obscured By Clouds marked the last time Pink Floyd lyrics were written by somebody other than Roger Waters until 15 years later, on A Momentary Lapse Of Reason.

Two brilliant Neil Young albums, Greatest Hits (2004), rehearsing backstage at The Spectrum, Philadelphia, June, 1970 shot by Joel Bernstein, and the seminal Tonight’s the Night (1975), Neil in seersucker shot by Dutch photographer Gissbert Hanekroot, and the original photographs used for these iconic sleeves. Note Neil’s matching handwritten style on both albums, with the Greatest Hits packaging tipping it’s hat to the 1975 classic. In Shakey, Young’s autobiography, Neil maintains that along with the inserts for Tonight’s the Night, there was a small package of glitter inside the sleeve that was meant to fall out (“our Bowie statement“), spilling when the listener took the record out. A copy of Tonight’s the Night featuring the glitter package is yet to be found. 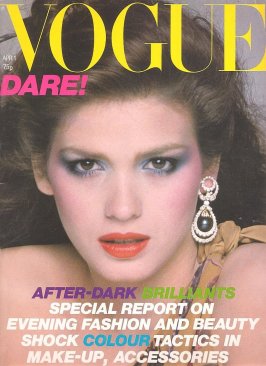 The iconic cover design is attributed to ‘Philip and Adrian’ (ie. Oakey and Wright) with photography by Brian Ars and layout and coordination by Ken Ansell. The photography, font, logo, typography, and close-up face idea, not to mention album’s title, closely resembles the cover of fashion magazine Vogue’s April 1979 edition. 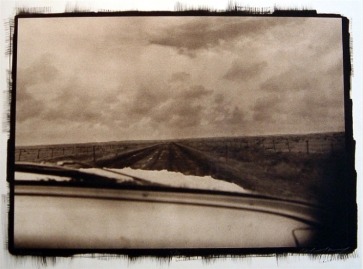 The cover shot was taken from the window of an old pick-up truck in the dead of winter. I was on a road trip, and my girlfriends brother was driving. We were in a super great snow storm and within minutes of this shot the storm hit hard and we were in total white out for hours. I thought that image might be my last! This was in the winter of 1975 and I had just finished a rough couple of months in New York City. I decided to take a road trip and have a bit of Rest and Relaxation. At that time I was doing a lot of fashion and advertising work as well as beginning to shoot covers but I really needed to get back to my roots and just do some images for me. So off on the road I went.”

New Order’s quite brilliant Power, Corruption and Lies album design is a reproduction of Henri Fantin-Latour’s extraordinarily painting from 1882, A Basket of Roses which is part of the National Gallery’s permanent collection in London. Peter Saville designed the sleeve for the band and included a colour-based code to represent New Order and the title in the top right corner of the album. 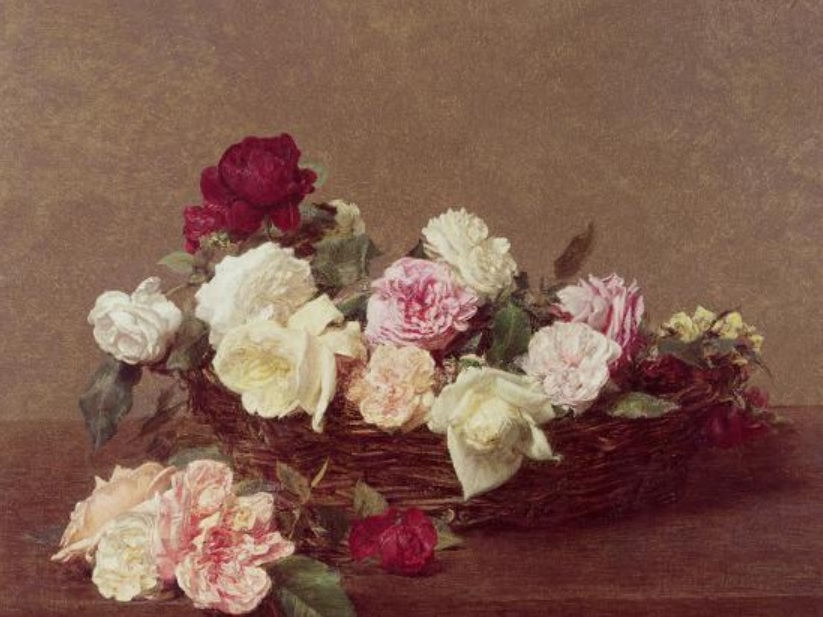 Saville had originally planned to use a Renaissance portrait of a dark prince to tie in with the Machiavellian theme of the title, but could not find a suitable portrait. At the gallery Saville picked up a postcard of Fantin-Latour’s painting and his girlfriend mockingly asked him if he was going to use it for the cover. Saville then realised it was a great idea. Saville suggested that the flowers “suggested the means by which power, corruption and lies infiltrate our lives. They’re seductive.”

Pavement’s homemade album designs are timeless, none more so than their classic 1994 sophomore album Crooked Rain Crooked Rain. “Luck on every finger” is the inscription written below the centre image and the phrase flanks an image of a woman’s hands adorned in turquoise rings and clutching a betting card for horseracing.

“Steve Malkmus made up the line and the cover art,” explains the great percussionist Bob Nastanovich, referring to the band’s singer/guitarist. “We all love good luck especially when we’re betting on the horse races or putting out a second album.”

Paul’s very good comeback album Flaming Pie features an artistic photo by Linda of Paul in the studio with producer Jeff Lynne – the album is packaged beautifully and named after a quote by John Lennon about the origin of The Beatles’ name, where he said, “It came in a vision – a man appeared on a flaming pie and said unto them, ‘From this day on you are Beatles with an A.'” 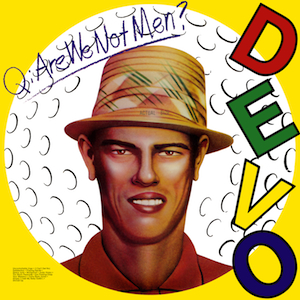 Named after H.G. Wells’ The Island of Doctor Moreau (1896), and the cover illustrated by Joe Heiner, Devo’s debut album sleeve design is based on an image of the famous professional golfer Juan “Chi-Chi” Rodríguez that they had found on this head cover, with his approval of course.