Posted on February 21, 2022 by the press music reviews

Now Reading: Beeswing | Losing My Way and Finding My Voice: 1967-1975, written by the great Richard Thompson with Scott Timberg, published in 2021.

This long awaited memoir by master British guitarist and songwriter Richard Thompson is compelling and regularly moving and written in a witty, self-deprecating style, a bit like his charming and magical onstage banter when I saw him in 2015 at the Melbourne Recital Centre. Free of any rudimentary 60’s clichés, the autobiography recounts the musician discovering his passion for music, his progression from skiffle and folk music and beat groups.

Forming Fairport Convention in late-60s London music scene with some schoolmates, Thompson recounts gripping reflections on losing his girlfriend and 19 year old drummer Martin Lamble in a tour bus accident, his conversion to Sufism, and a marriage to fellow musician Linda whose dramas were played out on excellent records such as I Want to See the Bright Lights Tonight, and on stage.

He also touches on glancing acquaintances with the troubled singer-songwriter Nick Drake, crossing paths with the likes of Led Zeppelin, Pink Floyd, and Jimi Hendrix, and falling out with the ill-fated Sandy Denny who left Fairport Convention a year or two prior to Thompson to pursue a solo career, but died after what seems to have been the last of many a nasty fall, perhaps accidental, in 1978. 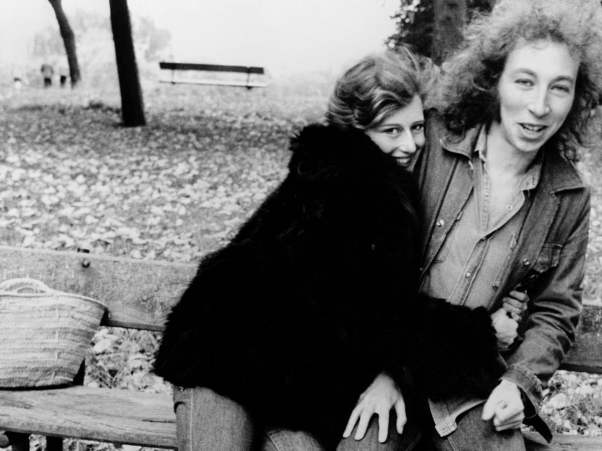 One of the more surprising and enlightening elements within the book, at least for this fan, was in the Afterword which touches on the recording sessions for perhaps his greatest ever record, initially produced by Scottish musician Gerry Rafferty of Stealers Wheel fame. Thompson recounts of being frozen out in the studio by a man in the grips of alcoholism and worst-of-all, at the expense of the music:

He approached us with very clear ideas of the record he wanted to make and the songs he wanted on it, and we were hoping the success he had had with ‘Baker Street’ would rub off on us. It was a claustrophobic recording process – lots of triple tracking of instruments and voices, until there was no air left in the music. It was dense and poppy, as can be heard on the bootlegs that have snuck out, but it didn’t really suit the songs or the performers. Gerry was drinking a lot – what I thought was a pint glass of healthy, bowel-stimulating apple juice at the start of the day’s recording, turned out to be neat whisky, and there were refills. It transpired his main motivation for doing the record was to get his hands on Linda. We felt like peripheral figures on our own record. When I turned up for the mixing sessions, no one would speak to me. By the end of the recording, we refused permission to release it.  Richard Thompson

Thankfully producer Joe Boyd (Pink Floyd, Nick Drake, Fairport and many excellent Richard Thompson albums) put them back on track and would go on to produce what would become Richard and Linda Thompson’s exquisite Shoot Out the Lights album, released in 1982, which gained them a good deal of fans, airplay on US college radio, and excellent reviews. The album still stands as one of Thompson’s finest works. The aborted sessions with Rafferty can be tracked down on bootlegs under the titles Rafferty’s Folly and Before Joe Could Pull the Trigger.

Beeswing is a fascinating look at his formative years in the vibrant, vital London music scene of the 1960s, capturing the life of this remarkable artist during a period of creative intensity.

This entry was posted in Now Reading, Richard Thompson. Bookmark the permalink.