David Bowie’s short-lived excursion into aggressive garage alt-rock caused a furore over its controversial LP cover illustration requiring its manly genitalia to be airbrushed out, all in the name of public decency . . . again!

After Bowie attended an exhibition of British artist Edward Bell’s work in the late-1970s, he commissioned him to create the artwork for his 1980 rock opus Scary Monsters (and Super Creeps), and its singles. The two artists then became reacquainted in 1989 following a chance meeting, and Bowie asked Bell to produce the artwork for his side-band’s new album, Tin Machine II. The album cover Bell submitted featured a charcoal sketch of four naked ‘kouroi’ Grecian-style male statues (“we’re four dicks”) with their penises in full view causing a teacup-sized tempest. 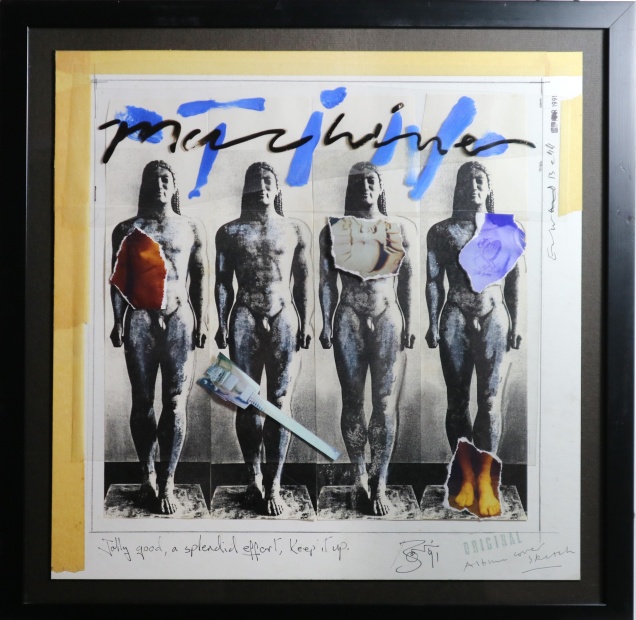 Inane mini-controversy ensued when US censors blocked the album until the statues’ genitalia was airbrushed out prior to its release stateside, to defuse any potentially alarming negative reactions in rock consumers. Retailers also refused to stock the album until its cover was altered ensuring removal of the offending protrusions. The U.S. version of Tin Machine II would arrive in 1991 sans genitals and Bowie made a statement about censorship at the time and its effects on art: the revised cover shows the same statues sans sexual organs, calling attention to the neutered original intent.

Bowie toyed with the idea of allowing US fans to write to the record company to request the censored images, “then they could paste them back on. But the label freaked out at the idea,” he told CREEM magazine in 1991. “Sending genitals through the mail is a serious offense.”

But this wasn’t the first Bowie album to feature censor-bating genitalia. Bowie’s attempts to have bollocks appear on an LP cover were foiled previously with his Orwellian masterpiece Diamond Dogs, which featured Belgian artist Guy Peellaert’s flame-haired half-man/half-dog Bowie with emaciated features and a hard-to-miss canine penis. The original gatefold sleeve showed the hybrid creature’s full genitalia which also ran afoul of U.S. censors in 1974, who required the artwork to be airbrushed over; the few surviving original versions have become sought-after collectibles.

As for Tin Machine II, the second and final studio album by Tin Machine which included guitarist Reeves Gabrels and Hunt and Tony Sales last seen as Iggy Pop’s rhythm section on Lust for Life, the only other newsworthy thing about the record was Bowie’s old label EMI ended up not being interested in releasing it, penises or no. The band went with Victory, an ill-fated Japanese start-up label whose collapse in 1994 began TMII‘s long sojourn in the wilderness, until recently, when the album was reissued in July 2020, via label Music on Vinyl. 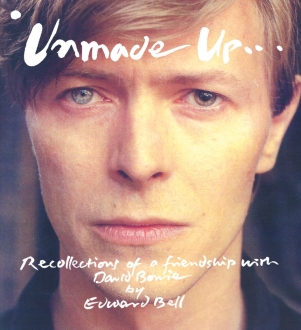 ♥  Edward Bell – Unmade Up: Recollections of a Friendship with David Bowie

This entry was posted in Album Covers, David Bowie, Images. Bookmark the permalink.