Here at The Press we look at expansive double albums and trim it back to a single, filler-free listening experience. In the case of Lou Reed’s scary ’73 glam-phetamine performance, brashly released as two single live LPs in the mid-70s, we reconstitute the show at the height of his solo stardom as one double-gatefold behemoth in this 14th instalment of the UnDoubled series. 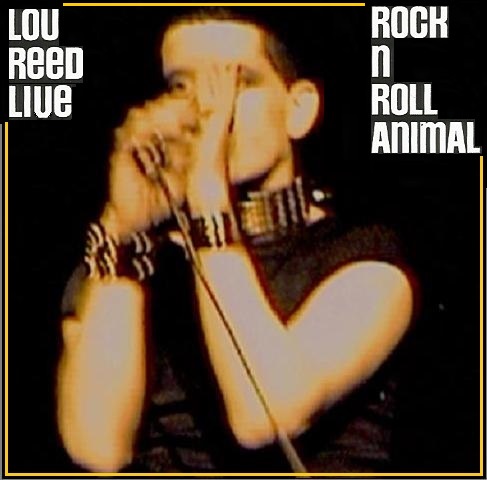 The Albums: Prefiguring punk, Lou Reed fronts a muscular mid-70s hard rock road band and performs a blistering live set on December 21, 1973 at Howard Stein’s Academy of Music in New York City at the height of his shaven-headed, junkie-chic phase. Arena rock bombast was the order of the day, and the songs performed were a mix of anthemic Velvet Underground favourites and selections from Lou’s most recent solo offerings Transformer (1972) and Berlin (1973). The tracks were arranged in a different order and released within a 12-month interval exploiting his then-notoriety, on two promethean screaming-guitar proto-punk-metal live albums: the iconic RCA best-seller Rock n Roll Animal in February 1974, and its sequel; Lou Reed Live in March 1975, the follow-up to US top 10 hit album Sally Can’t Dance.

The Band: In 1970, Mitch Ryder and former Detroit Wheels drummer Johnny “Bee” Badanjek put together a new band called Detroit. Their sole 1971 LP contained a hard rock recasting of the Velvets’ Rock & Roll featuring a new intro riff written and played by guitarist Steve Hunter. Lou dug Detroit’s version of the song and recruited Hunter and Detroit’s producer Bob Ezrin for his Berlin album. Detroit’s Rock & Roll and the version of Sweet Jane found on Rock n Roll Animal are a great double. For the 1973 world tour, Reed had put together a band that included the duel guitar attack of Hunter and Dick Wagner, who had previously worked with Alice Cooper, and both would go on to record and perform on Coop’s first solo outing Welcome to My Nightmare, again with producer Ezrin.

The well-selected songs contain a certain drama, and the guitar arrangements are spectacular. The extended guitar intro to concert opener Sweet Jane, and the timed applause (dubbed in post-production from a John Denver record) as Lou creeps onto the stage, is breathtaking however there are moments on the album where the bombast outweighs the nuance, particularly during some more intricate moments that do not necessarily scream for such flashiness. 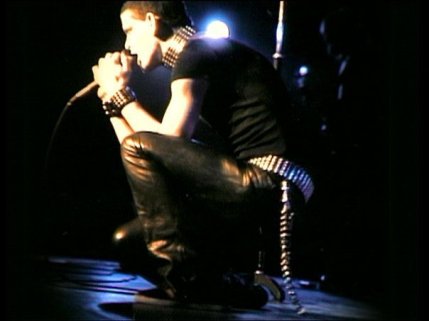 The Show: Lou is freed up to perform solo; he’s cynical and sadistic, yet giving his all. Unusually guitarless, sporting an inhuman look; black eye-makeup, nail polish, dog collar, clad in leather, he even simulates shooting smack in a dark-drama set piece during Heroin. Its the closest you can get to total drug nightmare without having to go to rehab. His vocals are predictably drug-addled but controlled, microphone in hand. Infused into his performance are some odd, jerky rock star moves that are still imitated today as Lou prowls the stage like Iggy on mandrax.

It wasn’t the first or last time Lou Reed would reinvent himself. His next move was a fan-alienating double album of electronic noise. This live album might as well be a different guy. Might as well be different songs. But it was a great sound and a great imaginative leap by the artist, and retains it’s punch as a double live rock and roll album, just a whole different……animal. 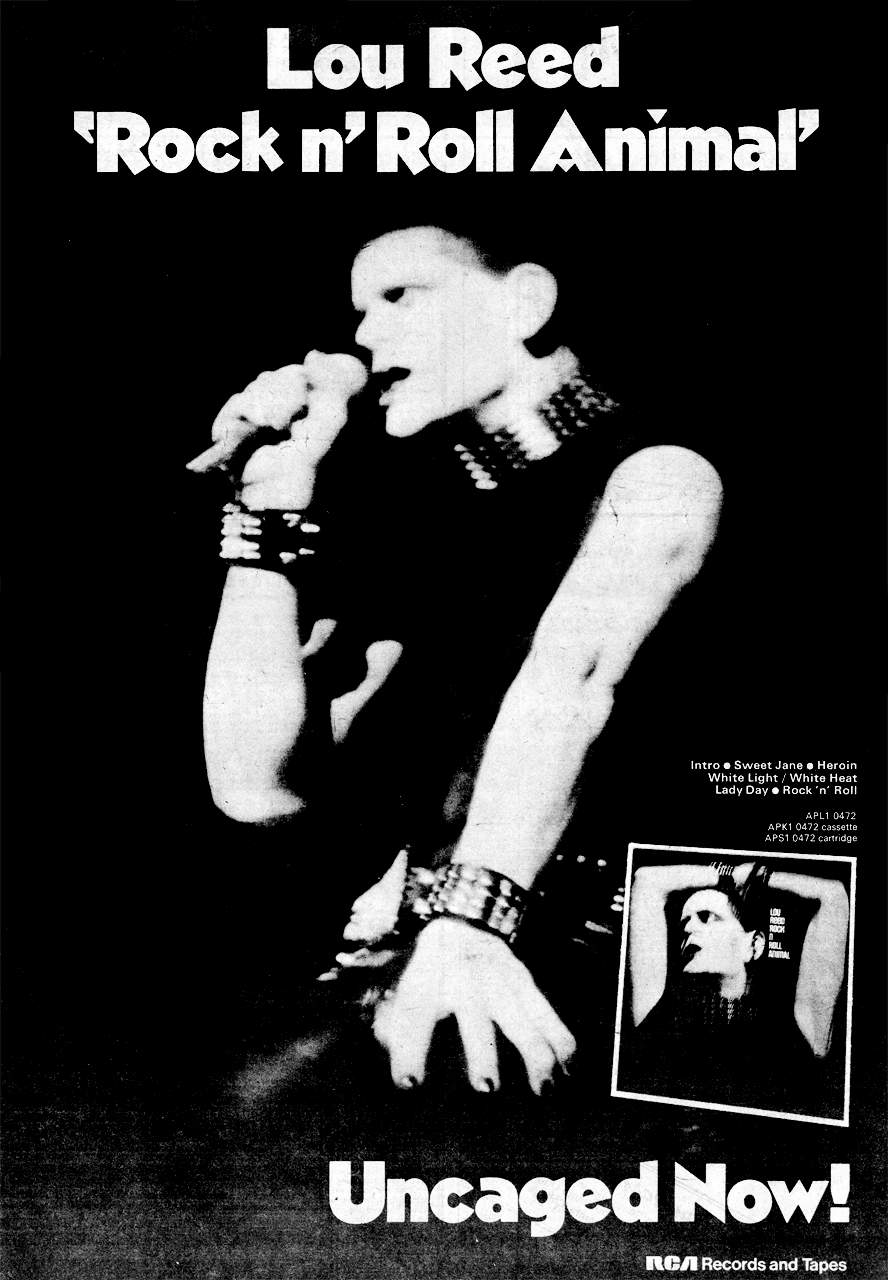 This entry was posted in Albums That Never Were, Alice Cooper, Double Albums: Un-Doubled, Downloads, Gigs, Lemon Twigs, The, Lou Reed, Performance of the Day. Bookmark the permalink.