Posted on November 12, 2020 by the press music reviews

Opportunity knocked for a nineteen year old pre-Genesis Phil Collins in May 1970. At this point in his stop-start, still embryonic music career, he was getting ready to have a bath and watch Top of the Pops on telly with his beans on toast in suburban London on a quiet Thursday evening when an acquaintance, Martin, who just so happened to be Ringo Starr’s chauffeur, called asking what he was doing tonight.

“Do you want to go to Abbey Road for a session?” was the only information provided to the down-on-his-luck drummer, but it was the mention of Abbey Road and he was suddenly not so disinterested. He didn’t know who the session was for but stepping into the studio where The Beatles had recorded was incentive enough.

“What time do you want me there?” Phil throws on a t-shirt and jeans and jumps in a cab uttering the immortal line: “Take me to Abbey Road please driver.”

Upon arrival at the famous EMI studios in St John’s Wood, North-West London, Martin is there on the front steps: “Come in, we’ve been waiting for you.” After some small talk he’s shown into Abbey Road Studio Two to meet the musicians involved in this mystery session. They are taking in a photo shoot and there they are: George Harrison with his long hair; Ringo Starr; maverick producer Phil Spector; Beatles road manager Mal Evans; Peter Ham from Badfinger; Klaus Voorman; Billy Preston; Peter Drake, and engineers Ken Scott and Phil McDonald. 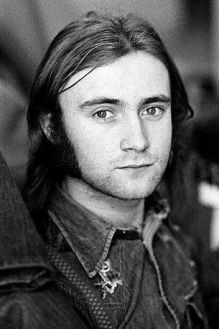 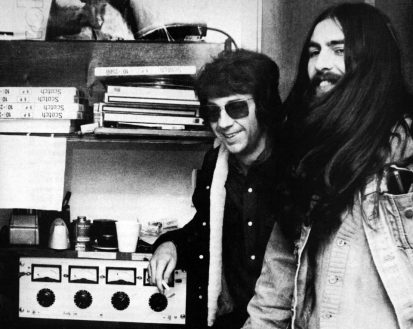 When the Beatles had split following the release of their final album Let it Be and each member started to pursue solo ventures, George Harrison started work on his now legendary solo album All Things Must Pass at Abbey Road Studios – and Phil is now in the middle of it.

As he steps into the studio he receives a few indifferent looks: Who is this kid? He’s informally introduced as ‘the percussionist’. George has a few casual words, Phil laughs nervously, quaking in his flared jeans, and while keen to impress, he’s confident and enthusiastic rather than cocky. No matter what you think of Phil Collins, he’s a great drummer first and foremost – however this skill that has nothing to do with ‘percussion’, which can mean a lot of things.

The vibe is friendly and relaxed, if a little daunting. Eventually he’s placed in the studio behind a set of congas. On the right is Ringo’s drums, How does Ringo mic his kit? Oh, towel on the snare…that’s interesting, and on the left is Hammond virtuoso Billy Preston. The tape is about to roll and they’re recording a track called ‘The Art of Dying‘ a song addressing mortality, which he’d written in 1966.

There’s no dry run, no sheet music, no ‘This is how it goes Phil, and that’s where you come in‘. He’s not handed anything, just “one, two, three, four!” and recording. Phil’s bashing away on the congas and makes a few mistakes. He’s also trying to fit in, look cool, not drop the ball, or the beat. Nervous and awkward, he asks Billy for the first of many cigarettes. “Sure kid.” 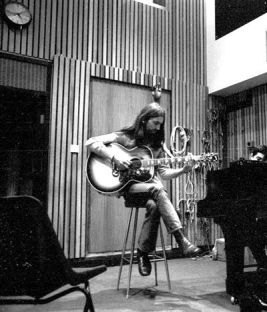 As the evening wears on, there’s take after take after take, and cigarette after cigarette, and in his cans he can here Phil Spector, “Ok, let’s hear the keyboards, guitar and drums … Now the the bass and drums only. …” Everytime he hears the word drums, he plays hard on the congas for fear of Spector shouting at him, “Why aren’t you playing man?” He’s really giving it, in the style of Elton John’s famously flamboyant percussionist Ray Cooper. He’s playing, and playing, and playing, and after a dozen takes, still not being asked to play anything specific, and not receiving any feedback, his hands are red-raw, blistered, and sore.

Finally he hears the fateful words from Spector. “Ok guys, let’s hear the congas.” Billy and Ringo laugh, they feel for him, knowing how hard the the teenage kid has been working all evening, to no avail, and they play it through a few more times. Then everyone disappears. There must be a party going on and he’s clearly not invited. No goodbyes, no opportunity to say “Thanks Ringo, thanks George, here’s my number.” Only a cab home is called.

After the long journey home his hands are throbbing, but he’s played with half of The Beatles and recorded at Abbey Road Studios. A few weeks later a cheque appears in the mail for fifteen quid for the services to Mr George Harrison on the making of All Things Must Pass. He cashes it because he needs the money.

After pre-ordering the LP from his local record store in Hounslow, by late-November it has arrived, so Phil buses it to the store, hands over the money for the mega triple package thinking Inside here, it’s me, on a Beatle’s album. Outside the store he breaks it open and scans the credits. The cats he saw that night are all listed: Klaus Voorman, Billy Preston, Peter Ham, Ringo Starr, and many other musicians from the Stones’ saxophonist Bobby Keys and Traffic guitarist Dave Mason, to future Yes drummer Alan White. But Phil Collins’ name is not there. He’s gone from a soaring high to a crashing low. 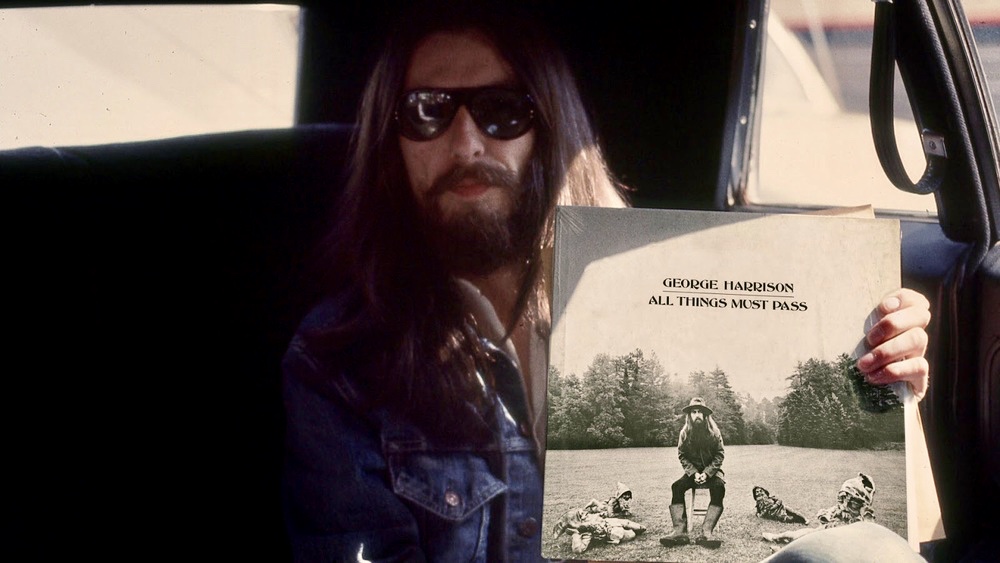 He’s devastated, but no time to lose, it’s home and for a good hard listen. At least if he’s not on the credits he can surely be heard within the grooves of the vinyl LP on ‘Art of Dying’. But as soon as he hears the opening bars he realises he’s not on the track, in fact they haven’t even used that arrangement they worked on that night. The leading musicians he has admired in his teenage years saw fit to dump him from the cut without telling him. He told himself they decided to go in another direction, or came up with a new vision for the song, so naturally he was going to change his mind. But the outright rejection has wounded him.

Then in 1982 he bumps into George again on a session and they are introduced to each other. “George we may have met before…” Phil says reminding him of the time back at St John’s Wood. “Really? I don’t remember that at all.” He’s ruined Phil’s life and doesn’t even remember it!

Then by 1999 they’ve met again a few times and familiar enough with each other for Phil to ask about it yet again, to no avail. George still doesn’t recall, but with an upcoming All Things Must Pass thirty-year anniversary remix in the works, word gets around that Phil was on the album. When asked about it by a journo, Phil plays it cool, “Well it’s a long story…”

It’s been so long and he’s not holding his breath, then he receives a small package in the mail. It’s tape with a handwritten message that reads: “Dear Phil. Could this be you? Love, George.” He thought, this is it, he’s holding the Holy Grail, finally! He steps into his home studio and delicately inserts the tape, pulls up a chair and hits play. Hiss, then drums, the track starts. Ba-ba-da-doom! The sound of the congas lurches out of the speakers in an arrhythmic clatter, his shortcomings immediately apparent. Turn that off!

Phil is shell-shocked, he didn’t remember being that bad. It’s all over the place, and dreadful enough for Phil Spector to say get rid of that kid. It’s too busy, too amatuar, horribly hyper, and clearly not up to scratch for the likes of Harrison and Spector. The track peters out, and he can audibly hear George Harrison sighing: “Can we try that without the conga player?” There is the truth at last. He was fired. The rock stars didn’t go to a party that night. They were trying to get rid of him. Harrison had confined him to the dustbin, confirming his worst fears. 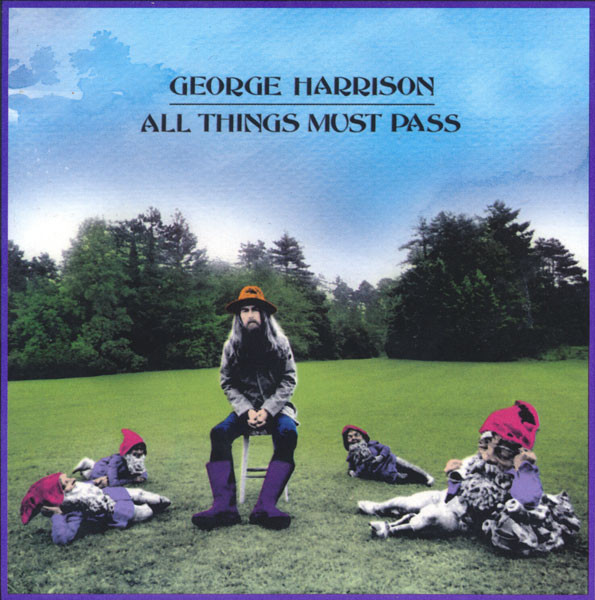 A few days later Phil is sitting around the house feeling a bit flat when the phone rings. It’s racing legend Jackie Stewart who asks him about the John Lennon tribute night recently put on at the Royal Albert Hall.

“Was there a concert? I didn’t know.”

Jackie hands the phone over the George Harrison. “Hi Phil, yes there were a lot of conga players there too.” Phil’s confused. “Did you get the tape?”

Thirty years of pain tumbles out: “You bastard. For thirty years I had my own version of what happened that night, why I was chopped from All Things Must Pass. And it was because I was so lame that you and Phil fucking Spector had me fired.”

Harrison laughs. “No, no, no! We just made that tape the other day.”

“Ray Cooper was in, helping me remix the album. I told him to play the congas badly over ‘Art of Dying’ so we could record a special take for you.”

Thirty years of rollercoaster emotion and now here’s another lurch. That wasn’t Phil Collins, it was Ray Cooper having a laugh with George. Did George Harrison ever tell him what happened to the actual take? No. He didn’t remember and had no recollection of that session. How can you remember not making All Things Must Pass?

In the booklet for the reissue of the album, seven months before George died, there are new sleeve notes written by George himself, and there it is: “I don’t remember it, but apparently a teenage Phil Collins was there….”